Winner of the 2019 Saturday Evening Post Great American Fiction Contest, Michael Caleb Tasker was born in Montreal, Canada and spent his childhood in Montreal, New Orleans and Buenos Aires. He began his university education at the University of New Orleans, studying classical music and went on to receive a B.A. in Music Composition and American Literature and an MA and PhD in Creative Writing. He has worked as a journalist, university lecturer, copywriter, ranch-hand and spent several years in Sydney as a staff writer for Look, the Australian fine arts magazine. He has been published in numerous literary journals including Ploughshares, Glimmer Train, The Southern Review, Ellery Queen’s Mystery Magazine, The Australian Book Review, and was runner-up in the John Steinbeck award for short fiction. In 2014 he won the Ernest Hemingway Flash Fiction Award. He currently lives in Newcastle, Australia. 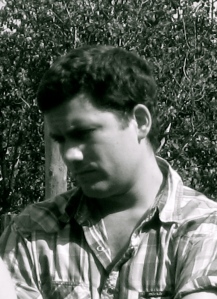